Duccio Duranti, Managing Director at CFE Finance, in an interview with Fundeye, gives an overview of the market of the main investment classes in the current economic situation 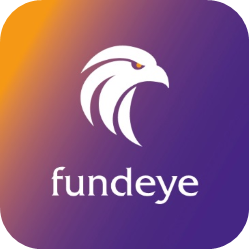 Geneva-based boutique investment bank CFE Finance plays in a niche part of the market that hitherto many would ignore. However, in these perilous times for investors, areas such as commodity trade finance (CTF) are asset classes that income starved investors should perhaps take note.

Duccio Duranti, managing director at CFE, told fundeye that up until 2010 there were very few players in the CTF space but in the last decade a number of firms have established themselves in the sector to satisfy growing investor demand for the asset class. This said, Mr Duranti said it still remains a niche strategy with a number of constraints like scalability and capacity.

One of the firm’s flagship products, the Debt Opportunities Plus Fund invests in global commodity trade and export finance transactions, distressed debt, emerging markets fixed income instruments and other investment funds with similar strategies. According to the firm, the fund’s sharpe ratio is very high coming in at 4.59.

Mr Duranti explained that given the volatility on trade finance assets being very low, this leads to a high sharpe ratio. “In the Covid market we have not seen a sudden widening of spreads due to the fact that the market is not perfectly liquid and therefore does not react as fast as a Treasury bond would. Hence trade finance (TF) asset prices did not have enough time to correct as much and as quickly,” said Mr Duranti.

Given the pandemic, CFE Finance found some decent bargains as there were distressed sellers of loans and other types of TF assets presenting the firm with some great buying opportunities.

With $100,000 being the minimum investment into the firm’s products including its Debt Opportunities Plus Fund, the firm is clearly targeting institutional investors. The target investor type has some implications for where the firm can find suitable assets and countries on the Financial Action Task Force (FATF) black or grey list may have to be excluded as institutional investors are not able to hold assets from these jurisdictions.

Mr Duranti said that while restricting the assets to those coming from non-FATF sanctioned nations may reduce the overall yield of the fund, it does eliminate the risk those on the aforementioned lists represent.

Given this strict adherence to governance it was unfortunate that CFE was embroiled in sensationalistic article published in the FT in July this year called ‘Italian Mafia bonds sold to global investors’. In reality, financial institutions are often unwittingly involved with the black economy and in CFE’s case, a complex securitisation worth over €2 billion unfortunately had some assets that were tainted by their association with the Ndrangheta, or Calabrian organised crime.

The firm may be considered to have quite a high risk appetite but this doesn’t extend to dealing with organised crime, in this case it seems to have been the victim rather than the perpetrator. It deals in areas other investors shun, such as central and South America as well as Africa but according to Mr Duranti ‘does not rule out investment in other geographical areas provided we are comfortable with the risks involved’.

Given the pandemic, CFE is enjoying a surge in demand for its products as traditional banks are unwilling to lend in the current economic climate leading to a rise in TF. Mr Duranti has no issue with the label ‘shadow bank’, he said the phrase is accurate in the sense that the firm’s appetite for risk is often too exotic or risky for a bank.

“We tend to finance the mezzanine or equity tranches in the capital structure whilst leaving the senior debt in the hands of banks. In this respect we can consider our business shadow in the sense that it is provided in parallel to bank funding,” said Mr Duranti.

Furthermore, he views that shadow banking is essential as without the firm’s intervention many deals simply wouldn’t happen therefore ‘shadow banking is an important component of the economy’.

Going forward technology is going to play a bigger part in CTF, and a few years ago CFE developed a proprietary software which facilitates the management and monitoring of trade finance deals.

“This software reduces the possibility of human error and omissions and increases the amount of work that a single operator can manage,” said Mr Duranti.

The much hyped Blockchain technology may also be a boon for the industry although as many including Mr Duranti have stated, ‘the question is how much time will this take’.

Debt Opportunities Plus has returned 2.11 percent up to August this year with no month being in negative territory. Since inception the fund has returned 156.26 percent. For those investors looking for an alternative to traditional fixed income products, CFE has some novel ideas and with banks not wanting to risk letting losses crystallise on their balance sheets should enjoy continuing interest from parties involved in supply chain financing.

All News & Events
Why CFE Finance is in Luxembourg? Because it’s a country that has played...

Mario Cordoni, CEO and founder of CFE Finance, speaks about the centrality of...
Scroll to top